The time to invest in our workers is now. A well-trained workforce means better infrastructure and a stronger economy.

We can’t rebuild America’s crumbling, unsafe infrastructure with untrained workers. If we want roads, bridges, and schools that last for decades, we need highly trained, skilled workers who can deliver safe, quality projects on time and on budget. That means supporting rigorous apprenticeship programs for our young people that keep job-sites safe and create good-paying middle-class jobs that strengthen our communities.

Women in the Trades

In January of 2016, District Council 6/Local Union 707 (Strongsville, Ohio) welcomed and initiated new member Amanda Walsh into our great union. Sister Walsh is pursuing a career in the painting trade. Although she has only been with our union for a year, Amanda has proven to be a hard worker. Determined to improve the quality of life for herself and her 4-year-old daughter, Monroe, Amanda has been pushing herself to be an asset to both our union and her contractors. In addition to working 40 hours a week (sometimes more), Amanda also attends classes at her union hall.

One of the things Amada enjoys the most about being an IUPAT member is the benefits we offer. Prior to working with the IUPAT, she didn’t have health care or dental coverage. Now, she is able to take her daughter to the doctor or dentist whenever she needs it. Amanda has also enjoyed her steady income stream, which often included overtime during the summer months. As Amanda plans for the future, she hopes to finance her daughter’s college education and eventually retire. By choosing a career in the finishing trades with the IUPAT, she will accomplish these goals and more. 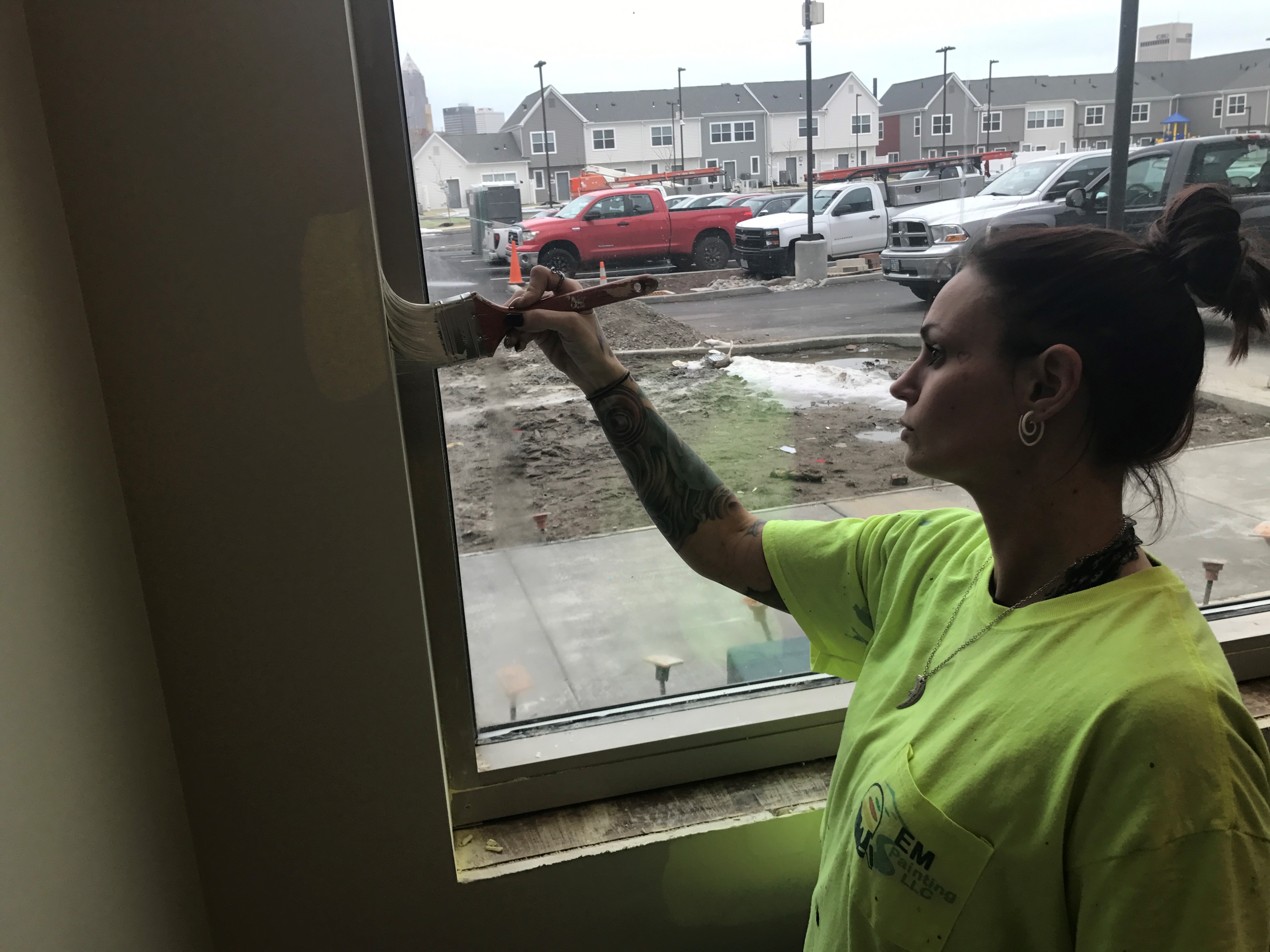 In January of 2017, District Council 30’s Joint Apprenticeship & Training Fund (JATF) unveiled the initial phase of a new industrial training mock-up for industrial apprentices starting enrollment this year. The complex steel structure will be used to supplement classroom learning, providing apprentices with an opportunity to train in job-like conditions.

Working with a structural engineer from Cordogan & Clark, CST Industries, Safespan, and Safeway, the JATF designed phase one of the industrial mock-up to replicate a 22,000 gallon storage tank. The storage tank was designed to simulate a variety of hands-on training scenarios, including rigging access, containment, blasting, painting, and confined space work. Plans were finalized and approved in the summer of 2016, and the first phase of assembly began later that fall.

“We were thrilled to unveil phase one of this project at the beginning of the year,” recalls Steve Lefaver, Director of Apprenticeship & Training for DC 30’s JATF. “We’ve found that mock-up structures of this nature keep students engaged in the curriculum and help our instructors better prepare students for the challenges faced on the job – especially on industrial job sites.”

The storage tank was erected by apprentices from Ironworkers Local 939 as a part of their required shop hours for apprenticeship. It took over two months to construct the tank. Students enrolled in the industrial painting curriculum began training on the tank shortly after the project was completed.

Moving forward, the JATF will continue working with the structural engineer to design phase two of the mock-up, which will consist of a section of a bridge. Through a partnership with Halverson Construction Company, the JATF was able to acquire portions of 100-year-old bridges in the area that were currently being pulled out of service. The JATF will repurpose these bridge columns to fabricate the bridge portion of the mock-up. Using this structure, apprentices will learn how to properly access, contain, prepare, and apply protective coatings.

The industrial bridge mock-up is expected to be completed this summer, before the JATF bridge course curriculum is scheduled to begin.

“A project like this is more than just an improvement to our training curriculum,” says Lefaver. “By investing in this project, District Council 30 and the JATF are making a tangible investment in the future of the industrial painting market that will enable our organization to increase market share and build capacity within the finishing trades.”

The development of this new industrial mock-up was the immediate result of a revised industrial apprenticeship curriculum and program standards, which the JATF launched late last year. Daniel Valdivia, a DC 30 journey worker with 15 years of experience in industrial painting, was hired to develop and lead the new program, and was integral in creating the concept designs for the new mock-up. Both elements of the complex steel structure will be accessible for training year-round, within the JATF’s 48,000 square foot open bay training facility. 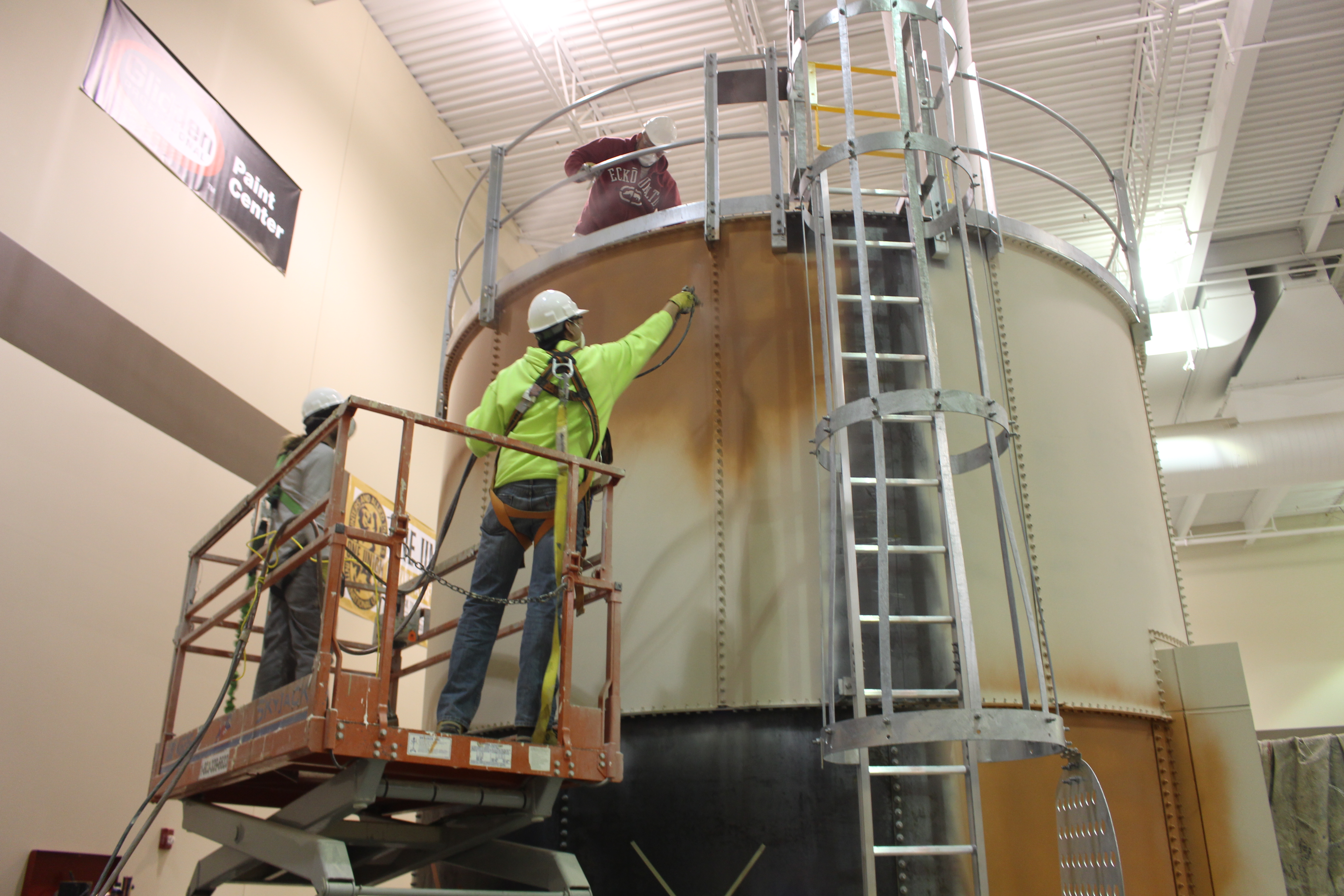 A Career Pathway for Service members

The United Association’s Veterans In Piping (UA VIP) Program is recognized as one of the most effective programs for providing high-quality training and employment to U.S. transitioning military members. The UA VIP Program offers substantial benefits to all stakeholders.